Wow, it’s so crazy to think that after months of preparing, dreaming, and praying, I am at last in Uganda. In fact, it’s been a week since I left for Uganda. It has been a very eventful, crazy, and grace-filled week…full of new experiences, new foods, new people, new language, and new culture. I’ve ridden boda bodas, eaten matoke, paid for everything in Ugandan shillings, hugged many beautiful children, and been told, “Auntie, you come!” more times than I can count. It’s been wonderful.

On Friday, my beautiful family drove me to the airport. They helped me getting my three huge bags of luggage checked. I was a bit nervous about this because there was a 50 lb weight limit on each of the bags. The night before, my dad and I weighed and adjusted, weighed and adjusted. I knew that to was going to be very close, but I prayed about it and gave it to the Lord. The first two pieces of luggage were 49.5 pounds. The second weighed exactly 50 pounds! I was so thankful!

After this, came the moment I had been dreading since I made the official decision to come to Uganda: the goodbyes. I knew that this would by far be the hardest goodbye I’ve ever had to say. And I know, I know. I’m only going to be gone for a year. But somehow, when that year is being spent an ocean away, it seems very long and very final.

The Lord is refining & growing me in this, but I’ve been known to be a somewhat emotional person. I’m one of those who will cry during every sad scene in movies. (Beth’s death in Little Women? Gets me every time.) I have a tendency to feel very deeply, which can be both a strength and a weakness. So, I knew that I would probably be a basket case when it came to saying goodbye to the fam bam.

However, I also know that we are not supposed to live our lives ruled by our emotions. They are not supposed to control us. As believers, we are supposed to live filled and controlled by the Spirit. And so, the night before, lying in my bed for the last time, I prayed a prayer. “Lord, please help me tomorrow when I have to say goodbye. I don’t want to be overcome with sadness. I don’t want to be sobbing. Even though it’s hard, may my gaze be fixed on you, and may I have a joy and an expectancy in my heart.”

And you know what? He is so faithful, and He answered that simple prayer. Yes, there were a few tears and yes, there was some sorrow. But I was not overcome; there was no sobbing. I didn’t even have to use a tissue. (I had even planned ahead and packed two new tissue packages in my back-pack for this occasion.)

Ya’ll. That may not seem like a big deal to you. But it’s a true testimony of God’s grace in my life. And I hope that it’s an encouragement to you, that we don’t have to be controlled by our emotions — whether of anger, frustration, fear, or sorrow. Surrender those at the feet of Jesus.

When I got to the airport, the line to get your visa checked and your passport stamped was super long, and I was at the end of it. I finally got to the luggage carousel and saw that it was…empty. Very empty.  It turned out that mine was held up in Amsterdam. But you know what? It wasn’t even a problem because I planned for this. The Lord put people in my path who this had also previously happened to, and they warned me about it. So, I had packed everything I needed to last me several days in my carry-on. My luggage arrived two days later. (I’ve heard of it taking people up to one month to get their luggage!)

During this past week, there have been moments where I have been tempted to be overwhelmed, where my emotions have threatened to take over. There have been moments where I have let them take over. I doubted whether I was supposed to be here or not, and whether I made the right decision. I wondered what in the world I was doing. But I had a thought the other week, and the Lord reminded me of it again: If I am to be overwhelmed, let it only ever be with Jesus and His goodness.

Through these stories, I hope that you can see my God cares even about the small things, friends. He cares for the birds of the air, the lillies of the field, and even more so for His children. (Mat. 25-34) Isn’t that incredible? So, “do not be anxious about anything, but in everything by prayer and supplication with thanksgiving let your requests be made known to God, and the peace of God, which surpasses all understanding, will guard your hearts and your minds in Christ Jesus.” (Phil. 4:6-7)

I don’t have to be anxious. And I don’t have to fear the unknown, because I know who my God is — and He’s a good God. That has been a beautiful reality this past week, as I have stared long and hard at this long, empty year stretched out before me. It’s ready to be filled with new experiences, and yet it is full of unknowns. “What will it be filled with?” I wonder. Of this I am sure, there will be joyous times, and difficult times, and sorrowful ones, too. Yet, I am not supposed to walk in fear. I am called to walk in faith, in confidence, in trust, in joy, and in thankfulness to my God, who has promised to sustain me. And by His grace, that is what I am going to do. And I hope that is what you choose as well, whoever you are and wherever you are and whatever you are facing, too. He’s a good God.

Monday: Arrive at Entebbe Airport at 10 pm on Sunday. I find my driver, Dao. After an eventful car ride, we arrive at Amani at 2:00 AM. I then slept off some of my jet lag, and then wokeup to meet some fellow volunteer girls and the Resident Director. Later, we went into town to exchange money, buy groceries, and eat dinner out at a pizza place called Sergios.

Tuesday: Spend time helping in Cottage B (the girls’ cottage where I will be assigned when I am not working on project stuff), Bible study & dinner with girls from another ministry, and my luggage arrives!

Wednesday: Breakfast orientation with the Resident Director, Laura and another staff member, Jenna. We went over my schedule and what my position as Project Coordinator would look like. It gave me a lot of clarity and vision of what I would be doing. I’m super excited to jump into the role! I also helped out in Cottage B again.

Thursday: Breakfast Orientation, this time with other volunteer girls, and helping out in Cottage B. It was also outing day, when you can take a child out for some one-on-one time. We took the kids to the Deli for kid milkshakes.

Friday: Day off, so going into town to visit shops and stores. We also went to a local cafe for the wifi. And I wrote this blog post!

Next week, we officially launch into our roles and schedules, so it will be more structured. I’m very much looking forward to this!

Although, I have much more to share, it will have to wait. Until next time! 🙂

Processed with VSCO with av4 preset

I love this familia of mine! I will miss them heaps and heaps.

A street in Jinja, Uganda.

They are doing a lot of construction on the roads in town right now.

How I love holding these little brown hands.

Man, I am thankful for this man. I’m going to miss all of our life talks over lattes in the kitchen.

When I asked little Jay to take a photo.

Joseph wasn’t very excited about taking a picture with me.

During our outing on Thursday. This was before the strawberry milkshake. Afterwards, Cynthia was much more pink.

Oh. look at all of those nice birds. Just kidding, they’re bats — swarms and swarms of them. 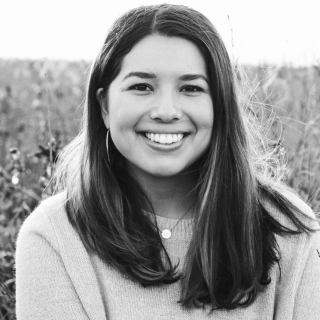